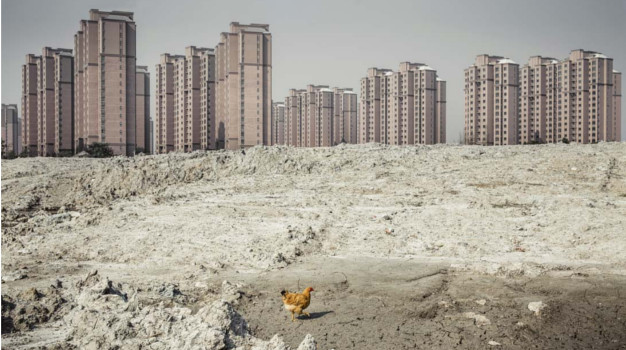 The ninth issue of the journal New Geographies, titled Posthuman, surveys the urban environments shaping the more-than-human geographies of the early 21st century. Seeing design as a geographical agent deeply involved in the territorial engravings of contemporary urbanization, New Geographies 09 embraces the “planetary” as the ultimate spatiotemporal stage of the posthuman condition.

The journal’s final interlude features a conversation with philosopher Cary Wolfe, in which various theoretical dimensions of posthumanism are taken up in connection with the social, political, and ecological challenges facing us today.

New Geographies: In What Is Posthumanism? (2009), you claim that the “human” occupies a new place in the world, among a larger constellation of other life-forms and “nonhuman subjects,” each with their own “temporalities, perceptual modalities, and their own forms of environment.” On this last point, specifically, how would you articulate an understanding of the environment from a posthumanist perspective? And how would this notion challenge the (humanist) logic of the production of environmental space as a differential field in which humans appropriate, design, and administer—often through institutionalized techniques of exclusion and subjugation—the space of the nonhuman?

Cino Zucchi talks about design, new generations, and digital technologies, within the Past, Present, Future talk…

On Obsolescence: Value and Utility of the Built Environment

In the innovative and wide-ranging Obsolescence, Daniel M. Abramson investigates this notion of architectural expendability…

A conversation with Stefano Boeri. A project curated by Gianpiero Venturini - Founder of Itinerant Office - Camera,…