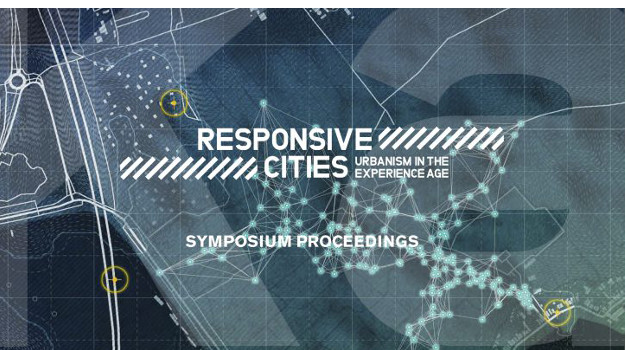 Over the last decades, a new generation of cities and new city-planning paradigms have emerged. Urban development leaders and governments throughout the world have begun to consider innovative systems, driven by information and communication technologies, to be critical drivers with which to face today’s urban challenges. Cities have started to invest in technology through the implementation of new transport management systems, water and contamination monitoring systems, smart energy grids and energy efficient buildings, to name a few. The intelligent systems and devices have formed a new hidden layer, enhancing performances, but basically remaining separate from the city’s materiality and spatiality. This hidden layer took the name of Smart City, the expression of the Information Age, a period dominated by the accumulation of information, its organisation, and transmission through centralised monitoring systems or desktop computers. The Information Age saw the role of architects and urbanists in generating visions for the city’s future start to fade and the Smart City was theorised, described and developed by IT companies, who dominated the knowledge and access in technological advancements. Today’s advances create a scenario where technology has started to be embedded in our everyday life in such ways that it is becoming part of our bodies and the surrounding environment, hence overcoming the desktop era. Architecture transforms into an evolutionary organism, able to react in real time to various data, finally questioning the solid principles of durability, stability or longevity. Wearable and virtual reality technologies allow us to relate to each other and with the environment at augmented levels. New software and hardware expand the possibilities of the internet of things, connecting object and users in spatial experiences: spaces are interacting with our body and neuro data, and building skins are becoming hyper-connected interfaces. At the same time, DIY and open source cultures push towards the democratisation of technologies and production means, bringing them closer to users, allowing them to actively participate through an experiential peer-to-peer learning and making process. These epochal changes bring us to question, imagine and try to describe what is coming after the Information Age when technology is not just a catalyst, but the foundation for social interaction. The day that internet connection will truly be democratised for every person on the planet, and technology will be deeply embedded and integrated into objects, human bodies and space, the debate for technology per se will end, finally opening the way to deeper social, spatial and learning synergies. The Information Age is giving way to an Experience Age, characterised by high levels of physical interaction and emotional involvement. What are the new aspects and factors of spatial performance and user actions within such a shift? How will emerging communication and inter-communication models in agglomerations affect their urban environments? In this context, the Urbanism in the Experience Age Symposium claims a renewed active role for architects: the objective is to go beyond the limitations of the “Smart City” vision, investigating “Advanced Urbanism”, intended as the practice of designing and planning and reactive spaces, rather than the mere application of technological systems. Such a vision requires rethinking our design tools and planning processes, as well as the invitation to revise the educational models surrounding urban sciences. The city planned following the Advanced Urbanism paradigm is a Responsive City that, through new communication protocols and design approaches, becomes an adaptive, emotional and experiential environment, able to hyper-connect and process information, changing its shape and performance according to the contingencies.

This workshop is part of the Knowledge Alliance for Advanced Urbanism Project, co-funded by the  Erasmus+ Programme…

Over the last decades, a new generation of cities and urban planning paradigms have emerged.…