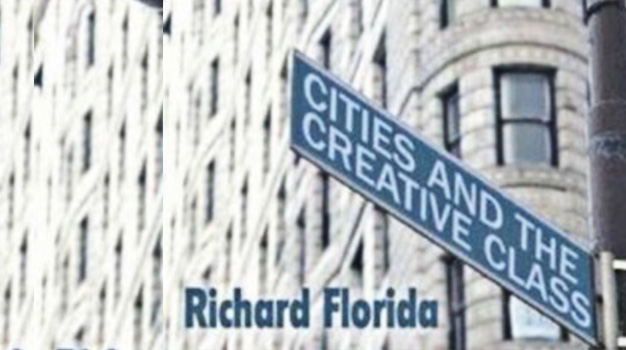 In the seven essays of Cities and the Creative Class – four of which have been previously published – Richard Florida outlines how certain cities succeed in attracting members of the creative class. This class, roughly speaking, is composed of the millions of people who work in information-age economic sectors and in industries driven by innovation and talent. Cities that succeed, Florida argues, are those that are able to attract and retain creative class members. They don’t do this through the traditional strategies of tax incentives, suburban housing developments, and loose regulation, though – creative class members don’t care about that. Rather, they care about amenities and tolerance and are hence drawn to cities with thriving bohemias and large gay populations. It is no coincidence, Florida argues, that places like Austin and San Francisco are at the forefront of the new US economy – they play up their bohemian edge and their tolerance. Cities like Detroit, in contrast, won’t stand a chance unless they can become a magnet for the new class. To prove his point, Florida has amassed a wealth of data, including gay and bohemian indices for cities. economy and the presence of these subcultures. In contrast to Florida’s earlier book, Cities and the Creative Class provides a more academic explanation of why this has occurred, focusing in particular on the economic geography of place. It also lays out what cities need to do to have a chance at success.

Real Virtuality: Meshworks and Hierarchies in the Digital Domain by Manuel de Landa

With the development of the Internet, a way of thinking once reserved for philosophical and…

The Hydrogen Economy: The Creation of the Worldwide Energy Web and the Redistribution of Power on Earth by Jeremy Rifkin

The message of The Hydrogen Economy is resoundingly simple: The earth is depleting its oil…