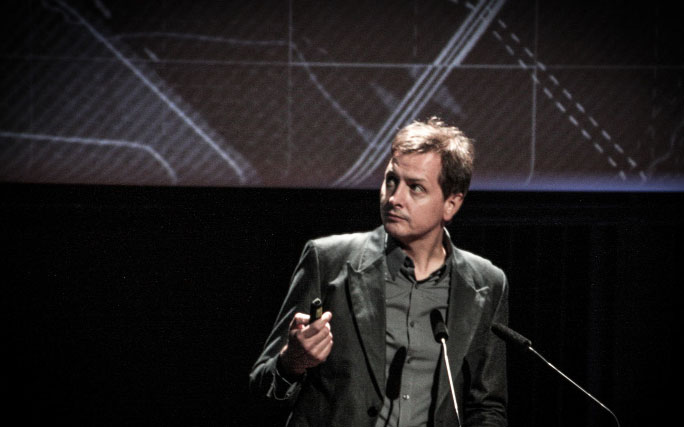 What could be a strategy for urban design today? In the developing of Jade Eco Park, Taichung (Taiwan), we exploited the climate issue as the main reference for the project. The result was a three-layer masterplan based on heat, humidity and pollution variables, not in a modernist vision of best and worst weather but
with a fluid approach of gradation of different areas. Thus, based on a CFD map, 15 thousands new trees were planted for shading, screening, pollution and noise absorption purpose. The road structure was a consequence of climate as well. We traced the paths according not to time or slope but mainly to climate perceptions.

The results are dry paths for sport activities with gradients and benches for training, cool paths and clean paths, less noisy and more comfortable. Moreover, an additional electrical system of devices was spread in the park. A network of sensors, distant 50 m one to the other, detect ceaselessly the parameters of temperature of the air, sun light, humidity, pollution and wind speed. This data, then, is sent to climate electrical devices that mediate with the environment using convection, evaporations, radiation, blowing process to cool down temperature and is open to the users via app for a complete map of the area.
Finally, I think that the best approach is, first, to control the climate, then, to shape the form and install the functions.” disclose the struggle to reconcile the utopian ideas of replicating earth in its totality with adversarial and raw material reality.

Streetlights are a vital part of every city, providing citizens and business with safety and…