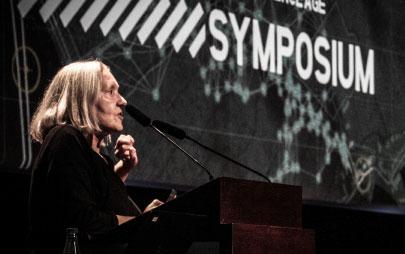 Entering the inners of technology

What are we really talking about when it gets to technologies? Technology itself has a dual nature. It can both provide tools for a positive contribution as well as the opposite, according to its use. However, the digital phenomenon presumes and orders the space we live in, it routinises our habitat when we need to recognise creativity, to exit the loop by inventing new possibilities, new languages to understand the city. Constantly we are guided by the technical capabilities rather than following the real questions that shape our life. In fact, digitisation as a variable can be completely derivative: a glorified version of the ancient myth of progress. Nevertheless, it can be transformative and constitutive as well, producing new opportunities, new ways to do the familiar. We need to consider the technological evolution like an activism movement able to change deeply and concretely our landscape. With the power that we have nowadays, a video uploaded to amnesty international by the mother of a child tortured in Mexico becomes instantly a worldwide case, an environmental issue, a threat to humanity. The understanding of being part of a larger network is probably the most powerful goal that we can achieve with the complex apps environment surrounding us.

What is urbanization and who are the actors in play?

Smart city as a collection of smart building is the example of municipal tissue’s de-urbanization by the imposition of a rigid technological system. Often, when city’s leaders wonder about urban growth the first approach is to call big firms, formerly discovering technologies and applications rather than start from issues to build technological solutions. What happens is that when we introduce corporation-controlled system, we exclude part of the city’s actors from the equation. In the United States, low-wage workers struggle every day to achieve a modest lifestyle never being the target of the technological progress. Our cities need more innovation toward low-income neighbourhoods developing applications that enable their life. In fact, some of the larger ecologies of meanings become extreme in cities, where patterns of different ideas and worlds survive for centuries standing still in front of the fall of firms, corporations and companies. The neighbourhoods are the organisms of our urban environment, and if the city does not mobilise the intelligence of their residents, it may have smart machines, but it will not be smart in its totality.

How can cities exploit citizens potential?

How do we re-learn our urban environment?