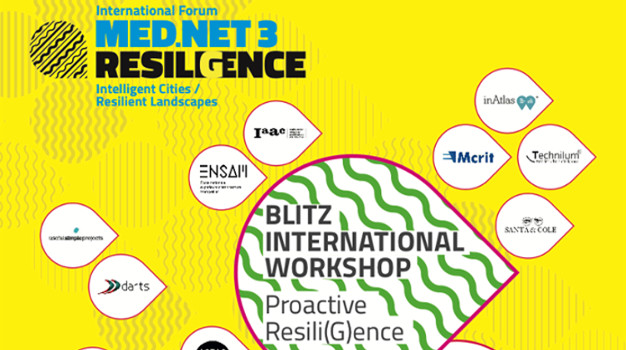 Proactive Resili(G)ence BLITZ-INTERNATIONAL WORKSHOP October, 28th 2016 FINAL CONSIDERATIONS In synergy with the contents presented in the International Symposium Med.Net.3 Resili(g)ence, the first BLITZ-INTERNATIONAL WORKSHOPProactive Resili(G)ence (October, 28th 2016) was conceived as one day of exchanges between students, firm-experts and academic staff as an intense, productive brain-storming to share knowledge and launch first in-puts for the next Summer School to be released in June 2017: every unit developed different intuitions and inspirations – concretized in a one-day POSTER format– to communicate key-concepts able to translate the combination intelligence and resilience for the urban contexts, in the framework of an advanced approach, called to sensitize cities and citizens. Different issues and out-puts were concretize, in this meeting between KA-AU Units and Students.