In this framework the Blitz-Workshop Proactive Resili(g)ence, open to different  participants, wanted to be an occasion of share concepts and ideas about the notions of  Advanced Urbanism and Resili(g)ence: a collective brainstorming between scholar units, firms, experts and students, understood as a first kick-off to prepare the posterior Summer School Workshop to be developed in the spring period. Guided by the different members of the KAAU Consortium and their associated tutors, every unit has the opportunity to launch (and receive) inputs in the fields of the new data mapping, the digital real-time recording, the apps urban incidence and urbaneuticdevelopment, the collective and social bottom-up dynamics, the Recycle and Re-Citying conscience and, evidently, the capacity to imagine new environmental, resilient and qualitative contexts. 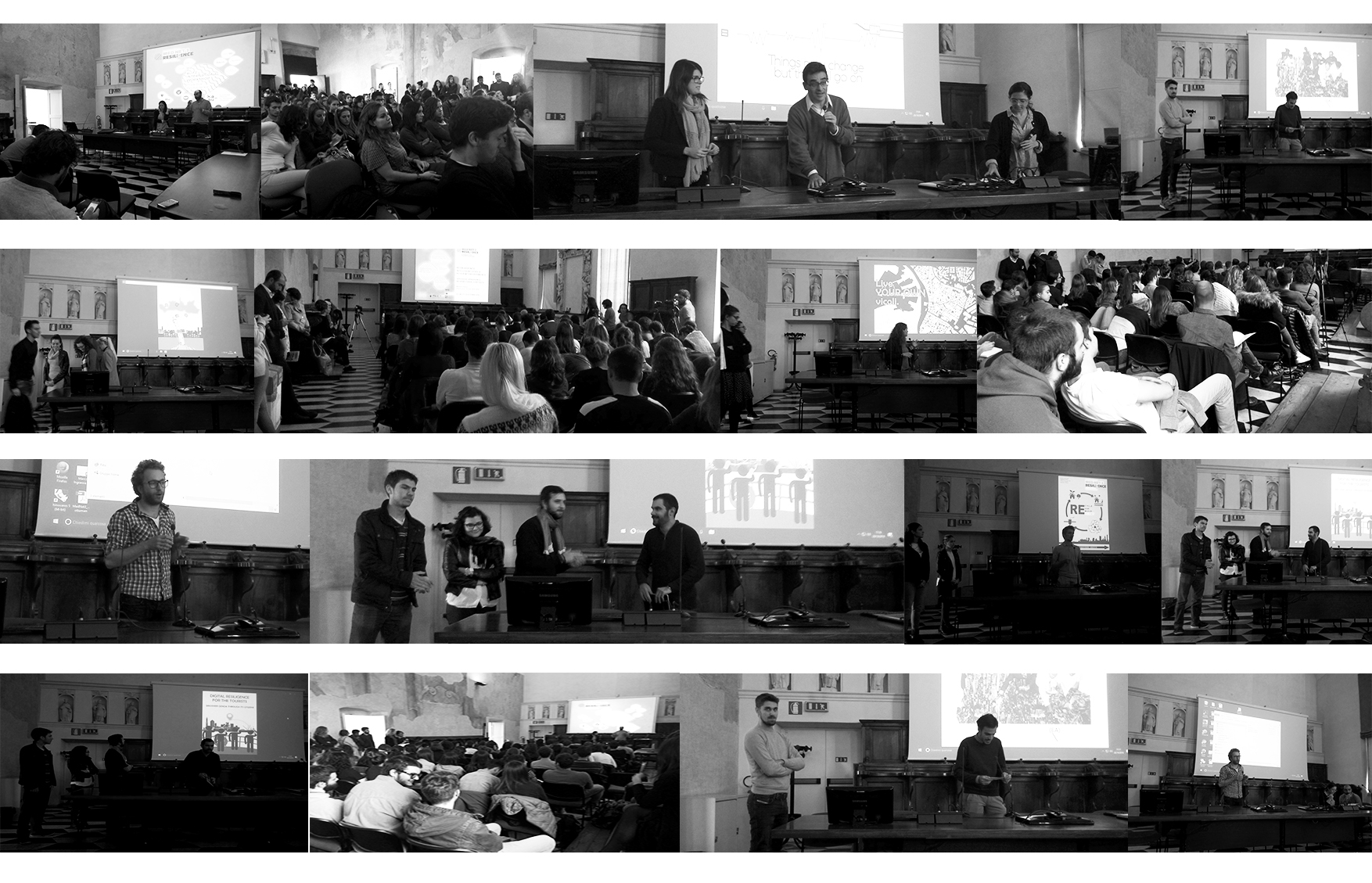 Proactive Resili(G)ence BLITZ-INTERNATIONAL WORKSHOP October, 28th 2016 FINAL CONSIDERATIONS In synergy with the contents presented in the International Symposium Med.Net.3 Resili(g)ence, the first BLITZ-INTERNATIONAL WORKSHOPProactive Resili(G)ence (October, 28th 2016) was conceived as one day of exchanges between students, firm-experts and academic staff as an intense productive brain-storming to share knowledge and launch first in-puts for the next Summer School to be released in June 2017: every unit developed different intuitions and inspirations – concretized in a one-day POSTER format– to communicate key-concepts able to translate the combination intelligence and resilience for the urban contexts, in the framework of an advanced approach, called to sensitize cities and citizens. Different issues and out-puts were concretize, in this meeting between KA-AU Units and Students.   A– Digital (& data-processing) innovation > PROCESSES & RECORDS   KAAU UNITS Andrea Caridi– DARTS + Tutor Assistant ÀfricaSabéDausà, Claudia Rosello– Santa y Cole + Tutor Assistant Luis Falcón, Silvia Banchini– IN-ATLAS + Tutor Assistant In the context of a change of paradigms (from fixed representations to dynamic and evolutionary maps)and in the framework of the use of digital technologies and dynamic open-processes (digital software and multilayer & informational processes)  students and tutors synthesized in a communicative and advise way, different approaches and discussions associated to the capacity the use of the new Real Time Data Technologies in urban and territorial resilient contexts. Outputs: real-time records & open-processes / data-visualisation, data-orientation, data-applications.